The Sacred Art of SMUDGING

In this article, we’ll take a look at the history and purpose of smudging, the different herbs used, and how and when to smudge your self, home, office or car.

Background: A History of Smudging

Smudging shares its roots with incense, which is the burning of natural substances for a particular purpose.

According to Webster’s, incense is a word derived from the French encens, or encensen from the Latin incensus to cause (a passion or emotion) to become aroused. The English definition of incense is defined as: The perfume or odors exhaled from spices and gums when burned in celebrating religious rites or as an offering to some deity.

The use of incense dates back thousands of years. It can be traced to ancient Egypt where materials were burned in religious ceremonies, and to drive away demons and gratify the presence of gods. It is mentioned on an inscribed tablet that was placed on the Sphinx at Giza, Egypt, in about 1530 BC.

The Babylonians used incense extensively while offering prayers or divining oracles. It was imported into Israel in the 5th century BC to be used in religious offerings. At one time the Israelites erected separate altars for the offering of incense. It spread from there to Greece, Rome and India, where both Hindus and Buddhists still burn it in their rituals and at festivals. It was one of the gifts of the three wise men from the East to the infant Jesus, in the form of frankincense and myrrh. Roman Catholics still use incense at mass and in many other of their rituals.

The smoke of the burning incense symbolizes the sacredness of a person or occasion, and their prayers are like the smoke that rises up to God. Incense is widely used in most Oriental religions and in the ceremonies of the Anglican, Roman Catholic, and Orthodox churches.

Throughout history, the burning of natural substances has been used for cleansing, healing and spiritual purposes.

‘Smudging’ is the common name given to the “Sacred Smoke Bowl Blessing,” a powerful cleansing technique from the Native American tradition. It is a ritual way to cleanse a person, place or an object of negative energies or influences. The theory behind smudging is that the smoke attaches itself to negative energy and as it clears it takes the negative energy with it, releasing it into another space to be regenerated. Sage is burned in smudging ceremonies to drive out evil spirits, negative thoughts and feelings, and to keep Gan’n (negative entities) away from areas where ceremonials take place. In the Plains Sweatlodge, the floor of the structure is strewn with sage leaves for the participants to rub on their bodies during the sweat. Sage is also used in keeping sacred objects like pipes or Peyote wands safe from negative influence. In the Sioux nation, the Sacred Pipe is kept in a bundle with sage boughs.

Smudging is very effective when you’ve been feeling depressed, angry, resentful or unwell or after you have had an argument with someone. It is also great to smudge yourself, the space and all the guests or participants before a ritual or ceremony or celebration. You can smudge your own auric field, the spaces of your home, car or work area. You can use smudging to cleanse crystals, gemstones, altars, sacred books, or any other spiritual item.

Sage: Healing, Out with the bad

There are two major genii and several varieties of each genus of Sage that are used for smudging. Salvia, or the herb sage used for cooking, comes in two major varieties: S. Officinalis, commonly known as Garden Sage, and S. Apiana, commonly known as White Sage. Salvia varieties have long been acknowledged as healing herbs, reflected in the fact that its genus name comes from the Latin root word “salvare”, which is the verb “to heal” or “to save.”

Cedar: Purifying, In with the good
True cedar is of the Thuja and Libocedrus genii. Cedar is burnt while
praying to the Great Spirit (Usen’, the Source–also known to Plains nations as Wakan Tanka) in meditation, and also to bless a house before moving in as is the tradition in the Northwest and Western Canada. It works both as a purifier and as a way to attract good energy in your direction, it cleanses and chases away life-negative energies and beings.

Sweetgrass: Blessing, Goodness and Warmth
Sweetgrass is very important to the Sioux and Cherokee nations, its botanical name is Hierochloe Oderata. Used for general blessing–for making a home a warm, inviting place. In these tribes, the sweetgrass is braided like hair. Sweetgrass is burnt after smudging with sage, to welcome in good influences after the bad had been driven out. Cedar can also be safely be used this way. Also Pinon pine needles (used more frequently by the Southwest Teneh, like the Navajo and Apache as well as the Pueblo people and the Zuni) and Copal (used by the Yaqui and in ancient times by the Azteca and the Maya) have similar effects.

Other Ritual or Ceremonial Herbs
Sagebrush (artemesia) is for calling up spirit (empowering) or calling in spirits.
Mugwort stimulates psychic awareness and acts a strong cleanser of negative energies.
Lavender restores balance, and creates a peaceful atmosphere and attracts loving energy.
What does the “smudge kit” symbolize?

Each part of the smudge kit signifies an element, that becomes transmuted into the fifth element: ether, or life energy:

Extinguishing the smudge
Have ready a fireproof receptacle such as another shell or a glass or ceramic dish to put the smudge in when you’ve finished. It’s ideal to damp the herb out in sand, or earth or you can just press it against the bottom of the receptacle. Always make sure that a smoldering smudge herb is out before leaving the room where you keep it.

How often should I smudge?
At least at the beginning of every season. You can smudge once a day if you like, and is recommended daily for health or spirit practitioners.
Disclaimer: Cautions are provided in this document, but good sense and responsibility on the part of the user is expected.

For more information on the web, see:
http://www.spiritweb.org/Spirit/astral-cleaning-duna.html
Make your own smudge:
http://www.smudging.com/Smudge-main.htm

An Introduction to After Death Communication

The faint smell of your grandmother’s favorite perfume fills the room. You hear your best friend call your name, but you are alone. The embrace of your favorite aunt envelops you, yet there is no one else in the room. The one thing is all these incidents have in common is all of these people have died. Conventional wisdom would say you have an overactive imagination. There are others however who will ask you to consider this; perhaps your loved ones just want you to know they are around.

While most people do not have the extraordinary ability psychic mediums such as John Edward possess to connect with our loved ones who have crossed over, there are many, who believe that if you are open you will know when your loved ones who have passed are stopping in to say Hi. First let me say this I am not a medium or psychic. I am someone who has explored the world of metaphysics for many years. I was a teenager the first time I had a “Hello” from the other side, although I did not understand until much later in my life that this is what had happened.

About a year after my father had passed I was sitting in our living room and suddenly the smell of Aqua Velva after shave filled the room. I remember thinking how strange that was since we had cleaned out all of my father’s things including his after shave a couple of months after he died. I now know it was just Dad’s way of saying, “Hi, I’m here.” Several years later, I was about to have an unpleasant conversation with my father’s brother. The night before I phoned my uncle, my father in what I know consider a visit, came to me in a dream. In this dream I was in the basement of my childhood home. I was in front of a mirror drying my hair when suddenly only my father’s face appeared next to me. The first thing out of my mouth was “How can you be here? You are dead?” My dad spoke to me and said “Angie, remember I love you.” His image then faded from the mirror. When I woke up the next morning , although I was not yet familiar with after death communication I knew my dad had visited me and I was about to do the right thing.

Over the years there have been many ways my loved ones who are passed have let me know they are with me. I have shared just a couple of them with you. Just remember the next time you smell pipe smoke. It just might be your dead Uncle Arthur stopping by to say “Hello.” 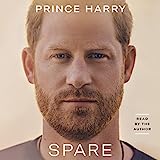 (as of January 26, 2023 21:16 GMT +00:00 - More infoProduct prices and availability are accurate as of the date/time indicated and are subject to change. Any price and availability information displayed on [relevant Amazon Site(s), as applicable] at the time of purchase will apply to the purchase of this product.)