You are here: Home / Spirituality / HEALING 5 by Bruce MacManaway

5. The Physical Importance of the Spine

Once the war was over, I found that the feeling in my hands and the response they could call forth did not go away. I remained in the army until 1959 and, increasingly, my spare time was taken up with trying to help people with their various illnesses and complaints which were of course no longer restricted to war damage. Time and time again, when scanning the body with my hands, I would find a point of reaction in the back.

Osteopaths, chiropractors and those concerned with orthopaedics are already familiar with the importance of the spine in relation to a multitude of physical complaints not obviously connected with the back. I had certainly not discovered anything new. Hippocrates, who lived from 460 to 377 BC and wrote over 70 books, including one entitled Manipulation and Importance to Good Health, urged his followers to ‘get knowledge of the spine, for this is the requisite for many diseases’. A little later, Galen (130-200 AD) was given the title ‘Prince of Physicians’ after he cured the paralysed right arm of the Roman, Eudemus, by treating his neck. He also told his students to look to the nervous system as the key to maximum health. Despite its long history, this knowledge has not always found favour and I still have to stress the importance of the spine, even at the purely physical level, as many people overlook it completely and may indeed hotly deny its importance.

Before going on to talk about the spine, I must say a little about the nervous system which serves every organ and every limb and is vital to the proper functioning of virtually every single aspect of our bodies. While many factors can impair health, disturbances of any kind which produce abnormal fluctuations in the pattern of nerve impulses can lead to or aggravate disease. Disturbance of nerve impulses can have a number of causes, ranging from degenerative conditions to compression (or what in lay language I call ‘trapping’) of nerves.

Pressure on the nervous system at any point, be it the spine , in a joint or in congested muscle tissue, will have a detrimental effect on the consumer unit served by the nerves in question. What is more, in certain circumstances, almost any component of the nervous system may directly or indirectly cause reactions within any other component by means of reflex mediation, so that it is not only the unit directly served by a ‘trapped’ nerve that is affected.

As everyone knows, the spinal column is the great central pipeline for the nervous system. Because of the way we are made and our insistence on standing upright, the back is subject to a great deal of strain and stress and the opportunities for pressure on nerves at the points where they leave the spine between the vertebrae is unfortunately enormous. I am not by any means claiming that every single illness or discomfort has a direct connection with the spine, but I do find that it is an area which is worth very careful attention.

On many occasions, I have been assured by patients that X-rays disclose no faults in the spine and yet the symptoms persist. The trouble is that X-ray cannot show nerves. Healing techniques have shown time and time again that what appears perfect, either on X-ray or other systems of medical examination, can in fact still be producing pressure on the nervous system, leading to symptoms elsewhere in the body. (Conversely, structural faults in the spine do not necessarily produce a symptom through the related part of the nervous system. It is possible for someone to live painlessly and problem-free for years with a malformed or structurally damaged spine, provided the nerve pathways operate freely. I well remember an old man in our village who was badly distorted. Even his head was malformed. Yet he lived into his eighties and remained amazingly fit and pain-free all his days.) As nerves do not show up on X-ray it is very difficult to corroborate my analyses except circumstantially. True, nerve compression can be measured by electro-myelograms which show that nerve conduction is altered when reflex, power or sensation (or all three) are affected, but this only goes part of the way and, in any case, is only available at specialist level. A healer with diagnostic ability can trace the trouble very much more quickly and completely without any danger of side effects. I will go into more detail about this in Chapter 7.

Relationships Between Areas in the Spine and Symptoms Elsewhere Consistent experience through the years has led me to associate a variety of symptoms with areas in the spine. I must stress again that to claim that the spine is important is not to claim that it is the only factor in disease; far from it. I am only too conscious of bacteriological illness, viruses and organic and cellular malfunction, and I have already emphasised the part which minds and emotions can play. We all know, however, that while there may be a virulent brand of ‘flu around, not everyone succumbs. It would appear that if the body’s natural immunising and repairing functions fail, there must be additional underlying reasons for them to do so. In many cases, it would seem that one such reason is provided by impediments to the nerves controlling the appropriate part of the body.

I would maintain that certain symptoms are nearly always related to the spine. In others, nerves in the spinal area indicated can be a strong contributory factor, but are not inevitably involved. Unfortunately for those of us who like life to be simple, there is very seldom one cause and one symptom, and in any diagnosis vast permutations are possible! It is always worth looking to the nervous system, however, if a given symptom is refusing to respond to normal medical treatment.

In general terms, varicose veins, troublesome feet, sciatica, prostate trouble in men, period pains in women and even, on occasion, failure to conceive, can all be said to have a close relationship with the lumbar region. This area can also have an effect on the kidneys and, in some cases, migraine. I have found the area at the base of the neck (from the seventh cervical vertebra to the second and third thoracic vertebrae) seems to be indicated in many headache cases and also with loss of movement or discomfort in the shoulders, arms and hands. A few cases of angina pectoris proved to be partially related to the first and second thoracic vertebrae. I have known a number of exciting instances where the release of nerves in this area has removed indefinitely the symptoms of angina and enabled the sufferer to go back to his normal way of life without drugs. The cervical and high thoracic areas in fact seem to be to the nervous system what Crewe Junction was to the old railway system of Britain. This area seems to have a positive connection with vision as well as hearing, sinuses, catarrh and tinnitus (noises in the ears), amongst other things.

Many a patient who has appeared with stomach trouble or a pain in the knee has looked at me incredulously when I have turned my attention to the spine. My approach has always been empirical, and I soon found that even if I was deluded, I was not on my own! Many other individuals and groups have become convinced of the relevance of the spine to symptoms elsewhere. Both osteopaths and chiropractors recognise its importance, though they vary in the emphasis they place on it. Their published findings, as far as I have access to them, tally with my discoveries on many points, though not on all of them. (The areas of disagreement are proof to me that more research needs to be done on this subject.)

Osteopaths and chiropractors amongst others realise the importance of impeded nerve pathways or, as I put it, trapped nerves, and they do something about it. The healer who comes across the same problem then has to decide what to do. For many years. I merely laid my hands on the appropriate point. This seemed to do the trick on many occasions which indicates that physiological changes can be brought about merely by the healing energy, but at least for me it was a slow process. Therapies of various sorts can speed up the treatment. It is sensible, therefore, to pass the patient on to someone who can untrap the nerves. This is what I did for a long time if the effect of the laying on of hands proved incomplete. Over the years, however, I have evolved very gentle techniques myself. Without doing anything violent and using mainly the patient’s own weight and breathing, I can help them to correct the problem. I spend a great deal of my time lecturing and teaching on this subject and I would like to sound a very strong warning note that manipulation of any sort must be treated with great care and circumspection and remains the field of the specialist.

A straightforward look into
all aspects of the healing phenomenon

© Bruce MacManaway, 1983. This book may be quoted from and printed out in single copies only for personal use and study, without permission.
For publication on websites or for printing in larger quantities or for commercial gain please e-mail Patrick MacManaway for permission. 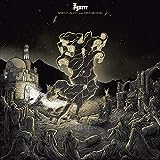 (as of September 30, 2022 16:17 GMT +00:00 - More infoProduct prices and availability are accurate as of the date/time indicated and are subject to change. Any price and availability information displayed on [relevant Amazon Site(s), as applicable] at the time of purchase will apply to the purchase of this product.)

(as of September 30, 2022 16:17 GMT +00:00 - More infoProduct prices and availability are accurate as of the date/time indicated and are subject to change. Any price and availability information displayed on [relevant Amazon Site(s), as applicable] at the time of purchase will apply to the purchase of this product.)